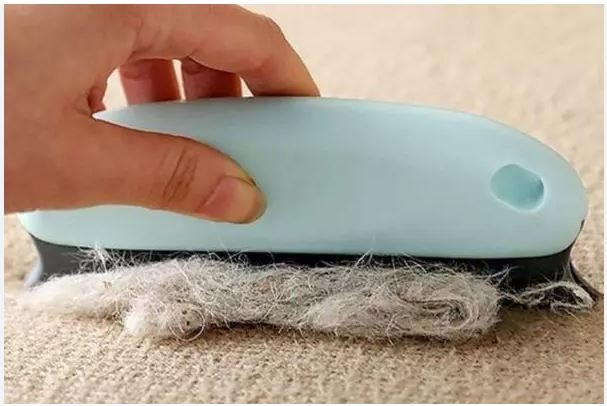 Why does my carpet spread lint?

Have you recently bought a Machine-made carpet that spreads lint everywhere? There's nothing to worry about. Spreading lint is totally natural and has nothing to do with the quality of your carpet. Actually quite the contrary, carpets woven with Acrylic yarn which are more expensive and are of higher quality in comparison to carpets woven with Polyster yarn, tend to spread higher amount of lint when first used. So you cannot judge the quality of the carpet based on the amount of lint that it spreads. But the important point to consider is that the amount of lint that carpets woven with Acrylic yarns spread, will reduce over time and will totally phase out after a month. So if your carpet it is not a brand new and is still spreading lint it might be a sign that you own a low-quality carpet.  You don't want this to happen in the future? well, there are two options. Firstly you should know that rugs with higher density tend to spread much less lint. So if you don't want to have the same experience ever again, it is highly recommended to buy more dense carpets which are of a higher amount of reeds and density. Secondly, rugs woven with Polyester yarn will spread much less lint in comparison to Acrylic ones. But you should keep in mind that they are of a lower quality and will last much less than an acrylic-made carpet.

How to get rid of the lint and stop it from spreading?

There are various actions you can take in order to stop your carpet from spreading lint, we are describing our recommendation here. First of all, you'd better wear a facemask to prevent inhaling lints. Some people are allergic to Acrylic mints so it's always better to prevent the inhalation of mints before starting the extraction. Keep your doors and windows open so that mints can find their way out of your apartment and they don't get stuck flying in the air. Now all you need to do is sweep your carpet multiple types. Be careful to always sweep your carpet in the direction that it is woven. It is very easy to find the correct direction, you can touch the carpet in different directions, the one which is the easiest one to touch and has the least friction is the direction you should use when you sweep your carpet. There are some electrical or mechanical lint extractors in the market that can be quite helpful, But it is not beneficial to buy one for house use. Sweeping your carpets for a couple of times a week will do the job easily. Take notice that your carpet should stop spreading lint after a month, and if that doesn't happen it means you have bought a carpet of low quality.

Are carpet lints harmful? can they cause allergies?

Yes, acrylic lints can be harmful and they can cause allergies. But the possibility is very little and so far, no proper and reliable research has been done to prove it. Most countries around the world still prefer to use carpets woven with Acrylic yarns because in comparison to rugs woven with Polyester yarns, they are much more durable and softer. Still, you can buy polyester carpets if you know you have an allergy to acrylic yarns. There are a couple of solutions if you think you have an allergy to acrylic yarns, Firstly you can buy carpets of a higher density and reeds as they spread considerably lower amounts of lint in the first phase. Secondly, there are some organizations that do the lint extractions for you so you don't have to do it by yourself. the third way is to simply buy carpets woven with polyester yarns as they spread a much lower amount of lint and it is being said that they do not cause allergies. But you have to keep in mind that carpets woven with Polyester yarns are much less durable and are tougher to touch.

As mentioned, there is no need to worry if your brandnew carpet is spreading lint, the amount of lint will decrease over time and all you have to do is sweeping it several times until it disappears completely. But if this did not happen and the lint spreading of your carpet did not decrease, it indicates the low quality of the yarn of the carpet. If you are very sensitive to carpet lint, be sure to get a carpet of a higher reeds and higher density, because carpets with higher amount of reeds and density spread significantly less amount of lint. In the first weeks of use, try to sweep frequently so that the carpet is completely lint free, and if you cannot do it yourself, carpet cleaning centers also provide lint removal services, you just need to contact them and they will clean your carpet and clean it for you.